Maria Theresa, Archduchess of Austria, and Queen of Hungary, Croatia, and Bohemia 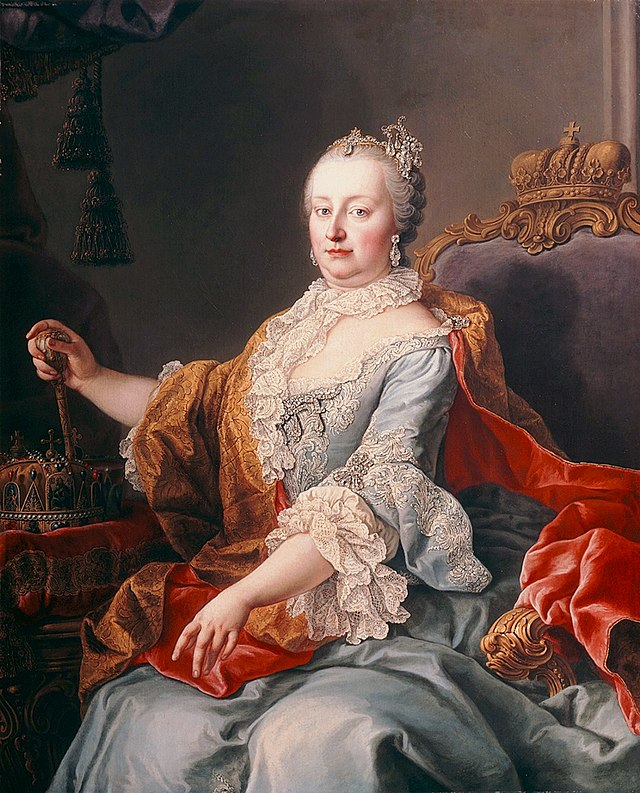 Even though he had 16 children with his wife, Francis was not faithful during his marriage and had a number of affairs.  Despite being the nominal Holy Roman Emperor, he was content to leave the act of reigning to his wife.  Francis died suddenly in 1765 at the age of 56 in his carriage while returning from the opera.  His son Joseph succeeded him as Holy Roman Emperor although Maria Theresa continued to wield the real power.
In 1767, Maria Theresa had smallpox and after that, her health deteriorated.  She died on November 29, 1780, at Hofburg Palace, after a reign of 40 years and surrounded by her surviving children.  Maria Theresa was the last of the House of Habsburg.  The Imperial House thereafter was the House of Habsburg-Lorraine.  Her son Joseph, Holy Roman Emperor since his father’s death, succeeded his mother as King of Hungary, Croatia, and Bohemia.  Maria Theresa was buried alongside her husband in a magnificent tomb in the Imperial Crypt in Vienna.