Joachim Ernst was the last Duke of Anhalt. He came to the throne in September 1918 when he was 17-years-old. As he was underage, his father’s brother Prince Aribert of Anhalt served as Regent. With the German Empire crumbling at the end of World War I, Aribert abdicated on Joachim Ernst’s behalf on November 12, 1918. Today the territory that encompassed the Duchy of Anhalt is in the German state of Saxony-Anhalt. 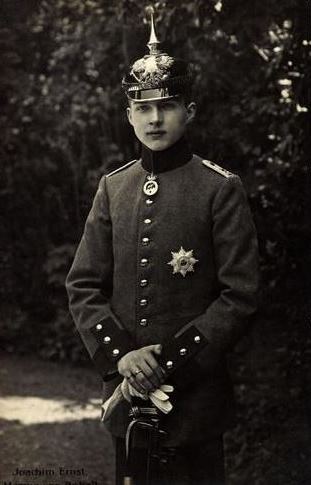 Joachim Ernst, the last reigning Duke of Anhalt, reigned for just two months before the end of the German Empire. He was born Prince Joachim Ernst Wilhelm Karl Albrecht Leopold Friedrich Moritz Erdmann on January 11, 1901, at Ballenstedt Castle in Ballenstedt, Duchy of Anhalt, now in Saxony-Anhalt, Germany, the son of Eduard, Duke of Anhalt and Princess Luise Charlotte of Saxe-Altenburg.

Joachim Ernst became Duke upon his father’s death in September 1918. As he was underage, his father’s brother, Prince Aribert of Anhalt, served as Regent. With the German Empire crumbling, Aribert abdicated on Joachim Ernst’s behalf on November 12, 1918.

Joachim Ernst with one of his wives

Joachim Ernst married twice. His first marriage was to actress Elisabeth Strickrodt at Ballenstedt Castle on March 3, 1927. The marriage was morganatic, and she was given the title Countess of Askanien. They divorced in 1929. His second marriage, on October 15, 1929, was to Edda-Charlotte von Stephani-Marwitz

Joachim Ernst spent his post-abdication life at Ballenstedt Castle, where he raised his family and became a trained agricultural and forestry farmer. Always at odds with the Nazis, he was arrested in 1944 and imprisoned at the Dachau Concentration Camp for three months. He was arrested again in September 1945 – this time by the Soviets – and was sent to the NKVD Special Camp No. 2 at the former Buchenwald Concentration Camp. 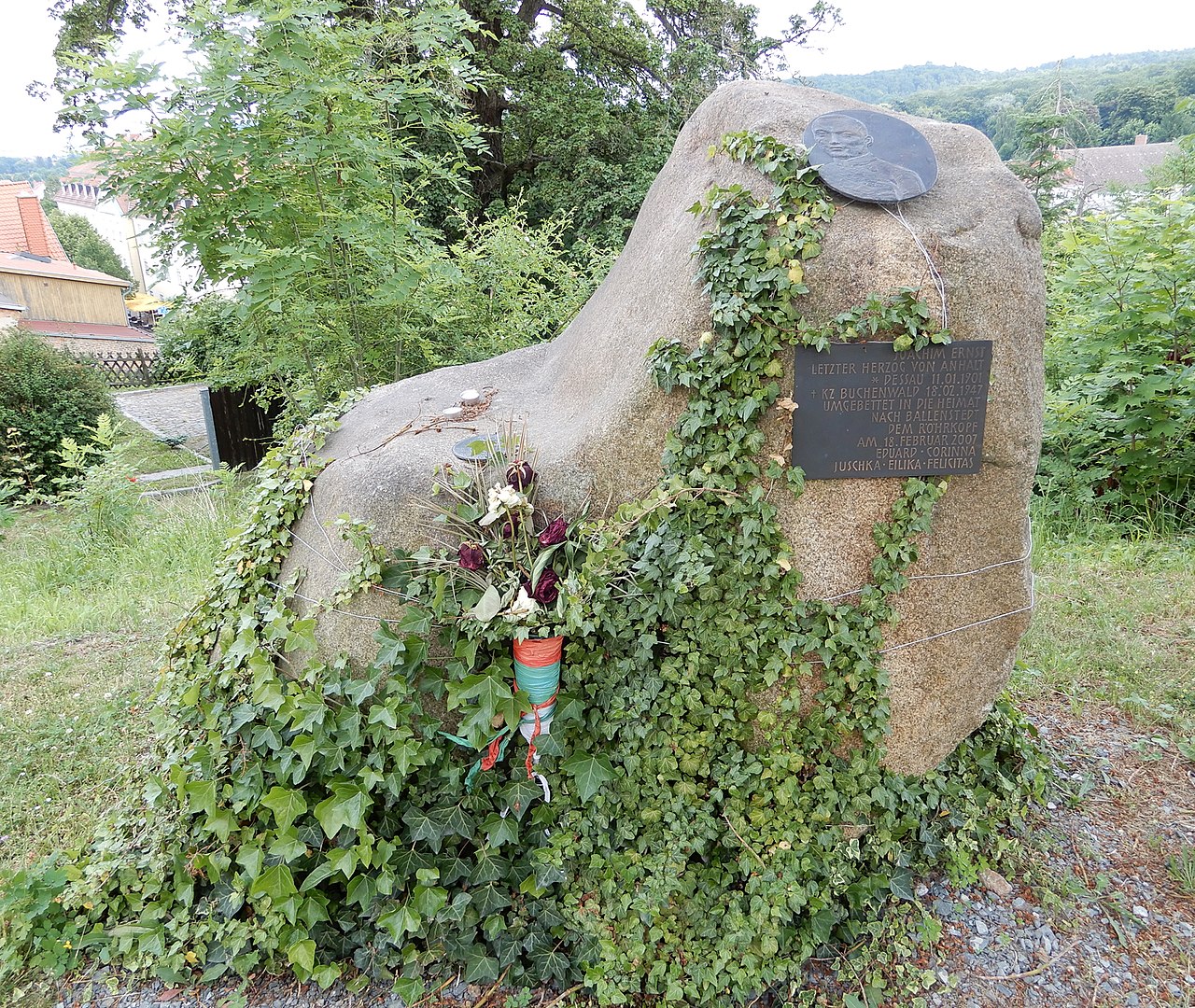 The former Duke of Anhalt died at the camp on February 18, 1947, and his remains were thrown into a mass grave. Sixty years later, on February 18, 2007, a memorial service was held on the grounds of Buchenwald and an urn of earth was removed from the burial ground there. The Duke’s family had the urn buried with a memorial stone at the Röhrkopf Hunting Lodge in Ballenstedt. After the hunting lodge was sold in 2011, the stone and urn were moved to the edge of the courtyard at Ballenstedt Castle in Ballenstedt, Saxony-Anhalt, Germany where they remain today.