Friederike of Prussia, Duchess of Anhalt-Dessau 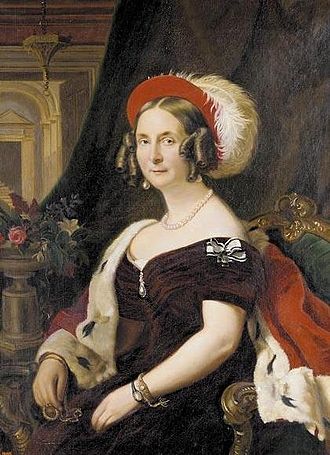 Friederike of Prussia, Duchess of Anhalt-Dessau

Princess Friederike Luise Wilhelmine Amalie of Prussia was the wife of the future Leopold IV Friedrich, Duke of Anhalt. She was born in Berlin, Kingdom of Prussia, now in the German state of Brandenburg, on September 30, 1796 to Prince Ludwig Karl of Prussia and Duchess Friederike of Mecklenburg-Strelitz, and had two older siblings:

Friederike’s father died when she was just three months old. His father King Friedrich Wilhelm II of Prussia provided the family with an income and a residence at Schönhausen Palace outside of Berlin. Two years later, in December 1798, Friederike’s mother remarried to Prince Friedrich Wilhelm of Solms-Braunfels, with whom she was already expecting a child. From this marriage Friederike had six half-siblings:

The family moved once again, in 1815. Having been widowed the previous year, Friederike’s mother married a third time. This time, her husband was her first cousin, Prince Ernst August of the United Kingdom, Duke of Cumberland. The family lived in Hanover, and Friederike gained one more half-sibling: 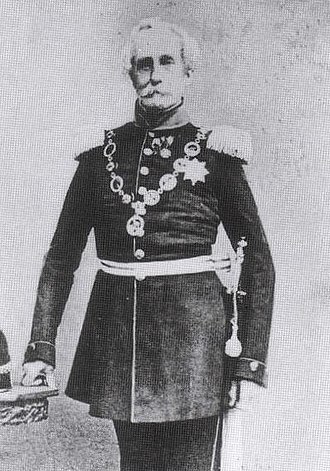 In Berlin on April 18, 1818, Friederike married Leopold IV Friedrich, Duke of Anhalt-Dessau. The marriage had been arranged by the Prussian court, and they had been formally engaged since May 1816. In addition to two stillborn sons, Friederike and Leopold had four children:

Friederike, the Duchess of Anhalt-Dessau and Duchess of Anhalt-Köthen, died in Dessau, Duchy of Anhalt, now in Saxony-Anhalt, Germany on January 1, 1850, and was buried in the Marienkirche (link in German) in Dessau. When the church was destroyed by bombing during World War II, the Duchess’s remains were moved to the Berenhorst crypt in the Historical Cemetery in Dessau.

Three years after her death, the Dessau and Köthen duchies were joined as one – the Duchy of Anhalt-Dessau-Köthen, and in 1863, were merged with the last remaining Anhalt duchy – Anhalt-Bernburg – becoming the unified Duchy of Anhalt, with her husband becoming the first reigning Duke.